Tim and Sarah are pleased to confirm the outcome of the recent independent Inspector's decision over the Planning Application for the land on The Hollow is as follows:

an Inspector appointed by the Secretary of State

• The appeal is made under section 78 of the Town and Country Planning Act 1990 against a refusal to grant planning permission.

• The appeal is made by Mr Nick Warfield (Freemantle Capital Partners (Hollow) Ltd) against the decision of Bath and North East Somerset Council.

• The development proposed is erection of 9(no.) dwellings with associated access, parking, drainage and landscaping.

1. The appeal is dismissed.

a) Whether the development would conserve the Outstanding Universal Value of the City of Bath World Heritage Site;

b) The effect of the development on the character and appearance of the surrounding area; and,

Full details of the decision can be found here.

From 15 March, you may need to pay a daily charge to drive in Bath’s Clean Air Zone if your vehicle does not meet required emission standards.

Bath is introducing a class C Clean Air Zone, which means that charges will not apply to private cars and motorbikes (even if you use them for work). This excludes taxis and private hire vehicles.

If you plan to travel through the zone shown on the map, or your destination is within the boundary, you may need to pay a Clean Air Zone charge.

You can also check if your vehicle is compliant here.

Below is a list of all the roads where the zone starts/finishes and cameras are installed:

Our response to the proposed charging of Rubble/Plasterboard

During the full Council meeting on Tuesday 23rd February, the Conservative group on the council proposed an amendment to the tabled budget proposals put forward.

This amendment was to remove the new charges for residents to dispose of Rubble, Plasterboard and other building materials.

Tim and Sarah chose to vote against a Conservative amendment that would have seen a further £71,000 of cuts to the budget in an area that has already been stripped to the bone by previous administrations, the proposal from the Conservative Councillors clearly stated “by identifying operational efficiency and agency staff cost savings” which would have resulted in job losses.

The pandemic and the lack of government financial support has left the councils finance in a perilous state.

To be able to fund additional street cleaning in Twerton and other outer areas of Bath, particular savings or increased revenue had to be implemented.

We have chosen this route to increase the councils revenue so we can increase street cleaning and also avoid any redundancies that I am sure like us, you would wish to avoid.

Tim and Sarah have both raised the issue of charging our residents that are already struggling and we have been assured by the Cabinet Member that he is seriously looking at alternative ways of dealing with this area.

We will be happy to confirm what has finally been agreed as soon as possible.

Email ThisBlogThis!Share to TwitterShare to FacebookShare to Pinterest
Labels: Budget

We have one application in this weeks planning list for Twerton and Whiteway:

To view the case click on the link here

Email ThisBlogThis!Share to TwitterShare to FacebookShare to Pinterest
Labels: planning

Current situation at the Culverhay/BCA site 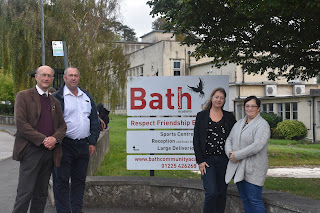 While discussions are continuing for the future of the Rush Hill site, we wanted to provide the community with an update of what has happened so far.

The Learn@Mat senior school provision has expanded on the site and continues to provide quality education to some of the most vulnerable children in B&NES. The council are in the process of acquiring funds to relocate this excellent provision into the former area occupied by Bath Spa. Creating a modern and safe learning environment. The planned launch date for this enhanced provision is September 2021.

To ensure the site is occupied while the council look to bring much needed vocational learning back to the site. The council have moved in its heritage archive team in to occupy a small section and are in negotiations, for a short term lease, with the local Hindu community to open up the main hall as a community centre and place of worship.

B&NES musical service also have plans to use the hall for group music lessons that are Covid secure moving forward to complement the online sessions currently being given.

You will also see that B&NES has contracted the main building space out in the immediate short term to a national film crew to use the space for an upcoming TV series, bringing in much needed revenue and ensuring the building is kept in use before permanent arrangements are made.

The council is still in negotiations with a number of educational & sports providers including Bath College to bring much needed vocational learning back to the site. This is in conjunction with other partners on how best we can utilise the Gym and pool facilities for both future tenants and the wider community.

Councillor Sarah Moore said "As a member of the site steering group, I am pleased to see our commitment to continuing education on this site is looking more possible".

We have two applications in this weeks planning list for Twerton and Whiteway:

Proposal: Erection of a two storey rear extension and single storey side extension. Change of use from 3 bedroom residential dwelling (Use Class C3) to a 6 bedroom House in Multiple Occupation (HMO) (Use Class C4)

To view the case click on the link here.

To view the case click on the link here. 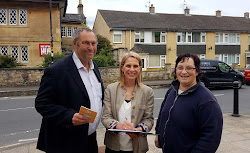 Tim and Sarah putting in the effort whilst others just talk

Councillors Tim Ball & Sarah Moore
Working with Lib Dem MP Wera Hobhouse MP for the residents of Twerton ward, that covers both the Twerton and Whiteway area.
If you need our help we are always pleased to be able to assist.